Make no mistake Johnson and his entourage are gearing up for an early election.  Everything dome by Johnson, the ham actor, and his government is for home consumption and particularly to haul in support for Farage’s Brexit Party. 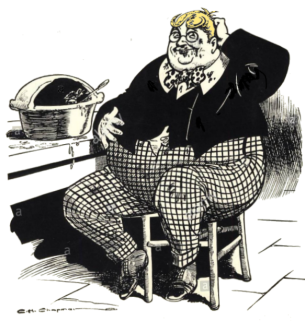 Notoriously greedy for free cake, Johnson is playing the trick of posing as the opposition, even though it is opposition to his own party’s inability to cope with Brexit.  To get away with this trick depends on a vote of no confidence that leads to an election in which Johnson’s Brexiters present themselves as aggrieved victims.

Implausibly, Johnson and co claim preferential treatment for the UK outside the EU.  For the EU this would self-destructive, compromise its internal Single Market and illegal in EU law. It is asking the EU to open and change its treaties, to change the Good Friday Agreement and to do this within a few weeks.  Merkel and Macron handled Johnson well, avoiding allowing him to use the victim card.  In the end Johnson had to backpedal on his carelessly biting the bait of 30 days to present an alternative to the safety net or backstop for the GFA.

Much of the government’s irresponsible behaviour, the inflated bravado, the easy promises of largesse, the insouciant insistence on Brexit without an agreement is to will on a maladroit no confidence vote and Corbyn is his fall guy.

Unless there is a real prospect of a caretaker government that can extend Article 50 for a fresh referendum on Brexit, Westminster must ensure that it does not gift Johnson a free passage to five years in government.  The Fixed Term Parliament Act provides the mechanism to deny Johnson an election at a time of his choosing.  Above all, Parliament must not be prorogued, as it would be for an election, before October 31.  Two thirds of parliament is required to agree to an election, this should give those who oppose Johnson to choose when an election takes place.  Corbyn must be persuaded to resist complying with Johnson’s strategy.